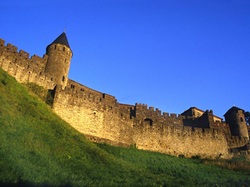 History needs to be written and taught with imgination and documentation, with a fascinating figure like William Tell included to add zest to the story. Miss Arylene Burr, our American elementary music teacher, taught us that Gioachino Rossini wrote an opera in four acts called William Tell. Although William Tell features four acts, the William Tell Overture is the most famous part of the opera and it gallops into the Twenty First Century as a major part of the concert and recording repertoire of performers around the world.

When Mr. Magnus. Meyer, our history teacher, told us about William Tell, he stressed that the story was about a Swiss national hero who fought for freedom much like the American George Washington. I didn’t find out until later in my historical journey that there are several accounts of the William Tell legend, beginning with the late Fifteenth Century White Book of Sarnen by Hans Schriber.

The most durable version of the William Tell story comes from Aegidius or Giles Tschudi, of Glarus, Switzerland, who lived from February 5, 1505, to February 28, 1572. He recorded the story of William Tell, an expert crossbow shot, originally from Burglen, in the canton of Uri in Switzerland.

In William Tell’s time, the Austrian Habsburg emperors wanted to rule Uri and Hermann Gessler, the Austrian governor of Altdorf, raised a pole in Uri’s central square with his hat dangling from the top of it. He told the citizens of Uri that if they didn’t bow to his hat, they would be arrested. When William Tell passed the hat, he refused to bow and Gessler arrested him. To punish William Tell, Hermann Gessler threatened him and his son, Walter, with execution if he didn’t shoot an apple off Walter’s head. If Tell hit the apple, he and Walter would be free.

Angrily, Gessler ordered William Tell arrested and taken across Lake Lucerne to his castle at Kussnacht. A storm brewed on Lake Lucerne, violently rocking the boat and the soldiers untied William Tell and begged him to steer the boat. William Tell escaped by jumping from the boat, swimming to shore, and making his way to Kussnacht by land. When Gessler arrived, William Tell shot him with his crossbow as he traveled down a narrow stretch of the road from Immensee to Kussnacht.

William Tell’s actions ignited a rebellion and eventually the Swiss rebels formed the Swiss Confederation, which, as a federation of independent small states called cantons, existed from the end of the Thirteenth or early Fourteenth century until 1798, when the French Republic invaded Switzerland. Tschudi also documented William Tell’s death in 1354, when he wrote that Tell died trying to save a child from drowning in the Schachenbach River in Uri.

Tschudi and WilliamTell Fade In and Out of FavorThrough centuries of historiography,
Tschudi as a historical source has been discredited and William Tell as the Swiss national hero has swung back and forth on a pendulum of approval and disapproval. According to an article in the American newspaper The Brooklyn Eagle, in the 1880s, the Swiss Canton of Schwyz decided to expunge William Tell from its textbooks, but later reinstated him. In 2006, a Swiss survey about William Tell revealed that 58 percent of the Swiss people believe that William Tell was a legend, yet many Swiss still consider him Switzerland’s national hero.

The historic existence of national heroes like King Arthur, Robin Hood, and William Tell is unverifiable and some historians seriously doubt their validity. Although he believes that William Tell is unverifiable, historian Roger Sablonier, a professor of Middle Age History at the University of Zurich and project manager of the Forum for Swiss history at Schwyz, doesn’t seem to be bothered by his continuing presence in the national psyche.

"In order to maintain its sense of togetherness, a nation needs such myths," he said. "You can criticize them, but they are still somehow alive." He welcomes their presence, but cautions that politicians appropriate them for their own purposes.

Beware or Be Aware of Myth in History?

Perhaps Joseph Campbell, the late American mythologist, writer, and lecturer, best illustrates the tangling of myth and history in human psyches in his ground breaking non-fiction book of comparative mythology,Hero with a Thousand Faces. In Hero with a Thousand Faces, Campbell presents his perception of the archetypal hero that can be found in world mythologies. Like William Tell, Campbell’s archetypal hero, follows a variations of a pattern of the mythical hero, including the hero’s adventures. The hero puts the knowledge, blessing or benefit that he acquired during his adventures to use in the everyday world, often a positive benefit that serves to define the hero’s role in society.

The evolution of William Tell illustrates that the dividing line between history and myth is often crossed, even with documentation. Historians need to document their work with the best resources possible, but impeccable documentation does not always inspire an interest in history. Sometimes teachers like Miss Burr and Mr. Meyer telling the story of William Tell ignite the curiosity of a child and encourage that child to look beyond the prosaic names and dates that some people call history to the enduring stories of people and nations. As interest in history grows so does documentation knowledge. Eventually, both produce people with a solid sense of history and myth and the intellectual tools to know the difference.